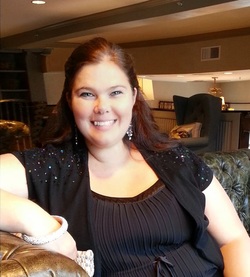 Danielle Hundley is flutist with Conundrum, a contemporary  chamber music ensemble.  Since  their premiere season in 2005-2006, Conundrum has rapidly gained a reputation  for audience-oriented new music played with passion, humor and conviction.   The ensemble’s repertoire is a balance of newly commissioned works, transcriptions, and works featuring different combinations of their unique  instrumentation—soprano, ﬂute, clarinet and piano.

Danielle has appeared with Conundrum at many New Music festivals  and series throughout the U.S., including the Fresno New Music Festival, New Norse Now, SCI Conference, Synchromy Series, the Idyllwild School for the Arts,  and CSU-Long Beach among others.

Recent and upcoming appearances include a featured spotlight concert at
Piccolo Spoleto in June 2013 and as a guest speaker at the National Flute Association conference in August 2013 on the topic of music and technology.  Conundrum’s debut CD, From  the Diamond Grid is due for release this  Fall.

An accomplished teacher and coach, Ms. Hundley’s students have won coveted positions in youth symphonies and chamber ensembles.  In her most recent venture, Danielle has launched an online teaching  studio on The Zoen—a fully integrated, online learning  community.

In addition to her musical endeavors, Danielle is an experienced business technology consultant.  She has been a Technology Manager with the world's largest professional services firm since 2002.